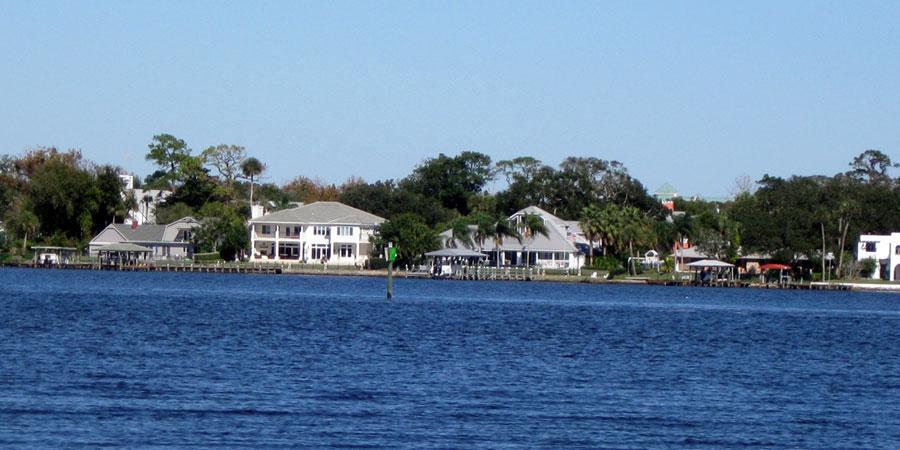 Save money VS. replacement

Fix your seawall or bulkhead at a fraction of the cost of wall and the disruption of replacement.

You are plagued by a failing seawall or bulkhead. Soil washes away with every wave or tidal cycle through gaps in or under the wall.

The symptoms are clear. The ground is caving in behind the wall. Voids are visible. Sinkholes are forming. Cracks appear in the wall or its cap. Nearby walkway, sidewalk, patio or pool deck slabs have settled, resulting in trip and fall hazards. Unseen consequences can include compromised foundations of adjacent structures.

These symptoms are caused by erosion behind the wall. Typically, this is caused by leaks in the wall, improper drainage of land-side runoff, or ground behind the wall that was not sufficiently compacted during construction. The latter can happen when the original contractor worries about putting too much force against the wall and consequently doesn’t tamp the earth hard enough. Over time that ground will settle or will get saturated and mushy. Either will result in voids and erosion, undermining the integrity and effectiveness of the wall.

You could fill voids with dirt and gravel or a cement-based fill. But this won’t fix the reason there is erosion or settlement in the first place.

You could replace some or all of the seawall. Maybe. What if your lake’s governing body does not allow replacement of old bulkheads? They might allow only rip rap as a replacement. Or they might require moving the wall back several feet.

So even if you can replace your bulkhead, that’s a major construction project. That’s highly disruptive to you and possibly to the environment. An environmentally sensitive area could mean an extensive (and expensive) permitting process, delaying repair by weeks or months.

Doing nothing is not an option. If your home’s foundation is at risk, can you afford to wait? The resale value of your property will take a hit. You need to fix the problem.

There are times when replacement is the best option. That is often not the case though.

What if your contractor could fill voids and seal leaks in your bulkhead or seawall without excavation?

And what if they could do that with something so eco-friendly that it is certified for contact with drinking water? 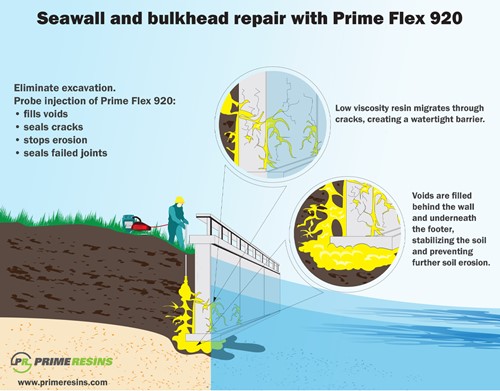 A qualified contractor can fix your bulkhead with polyurethane injection resins from Prime Resins. For 35 years, our products have been used to stabilize soil, seal leaks, and repair concrete—including more than 200 seawalls. That includes one at the U.S. Naval Academy.

Imagine coming home from vacation to find your back yard disappearing into a sinkhole beside the bulkhead. That’s what happened to one home owner on Lake Harris in Lake City, Florida. The bulkhead is only 15 feet from the foundation, so she had visions of her very expensive home falling into the lake. A number of steps were taken to address several issues. The large voids were filled and the failing wall joints were sealed using Prime Flex 920. The product is a hydrophobic polyurethane resin that complies with NSF/ANSI Standard 61 for contact with potable water.

The homeowner was thrilled with the results, which will last decades. Her short-term options would have saved her money upfront, but the long-term cost of seawall failure or foundation damage to her home would have been 400% to 500% higher than what she spent on permeation grouting with Prime Flex 920.

Save your seawall. Rescue your property from the sea or lake.

Call one of our technical consultants today at 800-321-7212 or fill out the form below to find a qualified contractor in your area.