A regional fiberglass company contacted Python Corporation in Lacombe, Louisiana, to help them find a solution to an ongoing problem. They had huge fiberglass tanks ranging in diameter from 21.5 feet to 30 feet with irregular bottoms. The irregular shaped bottoms created voids between the tank bottoms. Their foundations varied from ¾ of an inch to more than 4 inches.

The team from Python investigated cement versus chemical grouts. The customer eventually opted for polyurethane grout that would produce a structural foam, which was Python owner Paul Wright’s recommendation.

“That was my recommendation because some of the tanks were close to the foundation and 30 feet in diameter, so it was easier to get 100% effective bearing area with foam,” said Wright.

The next challenge for Python was to find a foam that would meet the engineer’s requirements. The foam needed to support the weight of the tank—more than 15 tons each—plus the material that would go in the tank. Wright contacted Prime Resins.

After a few phone calls and emails outlining the engineer’s requirements, Prime Resins developed a 6.25-pound structural polyurethane foam that was exactly what the engineer wanted. The product is Precision Lift 6.25#.

How They Did It

The Python team reviewed procedures, planned their approach, then started grouting. One challenge of the project was to ensure that they did not actually lift the tank or tank bottom, which could happen with such a dense foam. They established a set procedure complete with QA/QC forms and a system of elevation monitors inside the tanks. As the crew injected the foam, they measured the monitors and recorded the results on the QA/QC forms. After completing the foam grouting, they grouted the edge of the tank with non-shrink cement to help support the wall and to protect the foam. 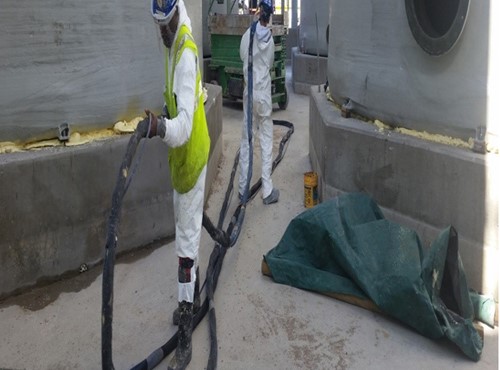 6.25# structural polyurethane foam is injected under tanks to fill voids

All 28 tanks were grouted within the engineer’s tolerances. They used approximately 3,000 gallons of Precision Lift 6.25.

“The client was very happy with the outcome,” said Wright. “We achieved exactly what the engineer wanted, and completed the work on their schedule.”

Chemical grout allowed for 100% bearing area under the tanks 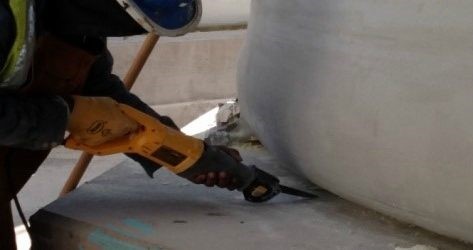 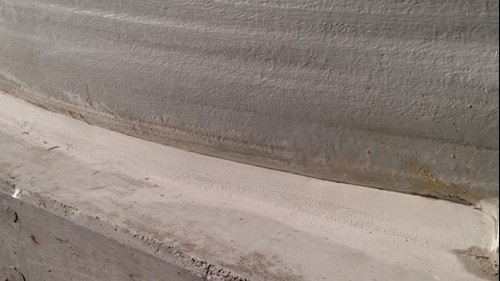 Final step: cover the foam with non-shrink cement to protect the foam and give extra support to the tanks

Sinkhole repair at busy port with 920