Uneven concrete slabs can cause tripping and are a safety hazard. When these slabs are part of walkways around a senior living center, the dangers are amplified. Volunteer Home Services in Chattanooga, Tennessee were called to fix several areas of settlement and uneven sidewalks surrounding a swimming pool at just such a facility. 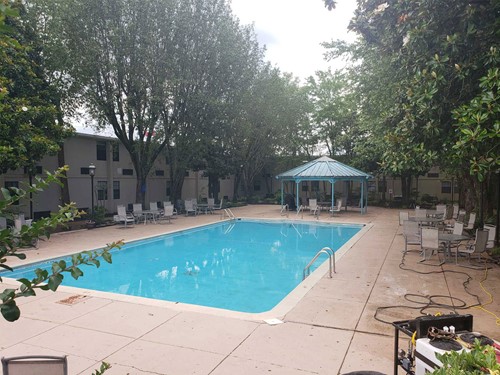 Originally built as a hotel in the 1960’s, the large courtyard with a pool as a centerpiece has several large, 50+ year old Magnolia and Bradford Pear trees. The roots under the concrete created heaving in some areas of walkway. Poor drainage, which led to washout under some slabs, also contributed to the uneven pool deck slabs.

In some areas, the panels dropped by 4.5”. Residents were unable to navigate the area safely, especially those using walkers. The new owners of the facility wanted to address the trip and fall hazards quickly. Accessing the courtyard and pool area would be difficult with large equipment. That, combined with the amount of leveling needed, had the first contractor that was contacted refuse to even offer a quote. They told the owners that it would be impossible to meet their expectations.

Volunteer Home Services took on the job with full confidence in the Revolution Pump and Precision Lift polyurethane foams from Prime Resins. The Revolution Pump allowed for easy access, rolling through standard doorways to access the courtyard. The minimal disruption and the quick return to service was appreciated by those that call the community home.

An employee of Volunteer Home Services noticed a resident struggling to access an area when her walker couldn’t roll over an uneven portion of the sidewalk. The worker helped the resident free her walker so she could continue on her way to dinner. Workers immediately began to address this specific area and had the slabs fixed within minutes. They were able to find her and invite her outside. Much to her delight, she was now able to access areas she couldn’t just moments before.

The speed of service was a delightful bonus for the owner and the residents alike. Even on a large-scale job, work was completed in five days. Even better, the pool remained open the entire time. Ownership received a quote to tear out and replace all the concrete that was over $100,000. Volunteer Home Services, with Precision Lift from Prime Resins, was able to repair all areas at a fraction of the cost in a much smaller time frame than replacement. Over 1,200 lbs. of Precision Lift 4.0 was used in total on the 50 x 100’ area. All slabs with trip hazards were raised and any voids that were created underneath the slabs were filled. One simple quote from the owner of the property sums it up nicely – “everything turned out much better than I ever expected”. 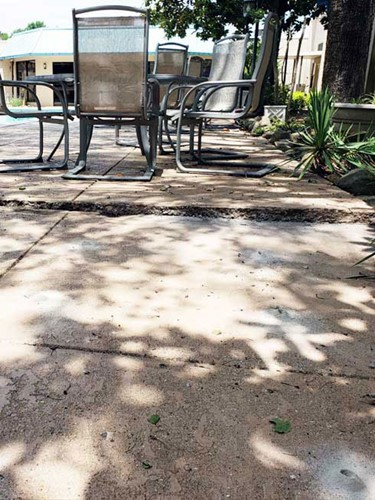 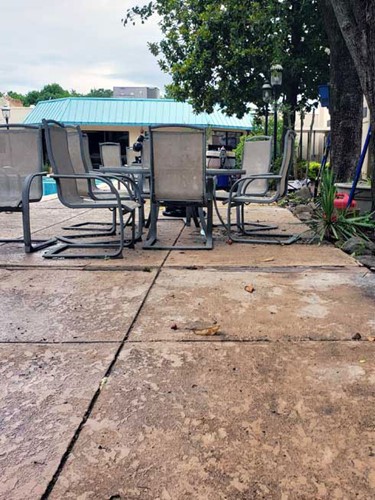