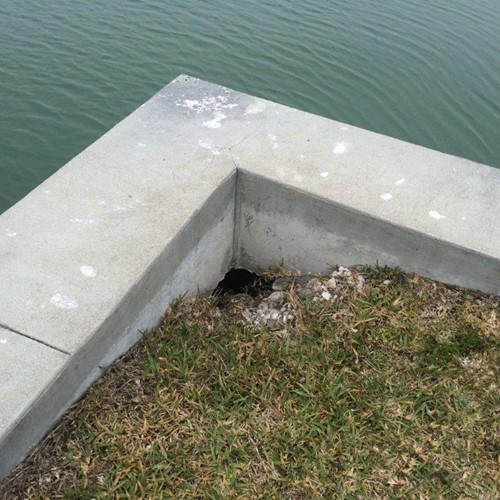 Photo used with permission. Not for reuse.

PROBLEM: West Coast Construction subcontracted to a local contractor for seawall repair at Lake Park Marina in Lake Park, Fla. Voids had developed beneath the sidewalks and under the toe of the seawall, plus many of the joints were leaking.

SOLUTION:  West Coast removed the sidewalks and pavers adjacent to the seawall. The consulting engineer identified the exact locations for repairs. The contractor injected Prime Flex 920 through ½” probes approximately 12’ deep to fill the voids and seal the joints. Prime Flex 920 is a super low viscosity hydrophobic polyurethane resin that reacts with water to form a rigid, watertight mass. Its low viscosity, water-reactivity and the fact that it meets NSF/ANSI Standard 61 for contact with potable water, make it a good choice for seawall repair. The work was done in five or six phases so that the entire marina wasn’t torn up at one time. West Coast would prepare a section, then the contractor would grout that section with about a week between each phase.

CHALLENGES: “The job was fairly standard,” said the contractor, “but one challenge was that some of the boats in the marina were docked very close to the location we were working.” The crew had to be especially vigilant about avoiding overspray that could contact the boats. They also established floating barriers in the water to contain grout that flowed through the seawall in the process of sealing the leaks. These barriers ensured that the reacted grout could easily be contained, removed and disposed of. 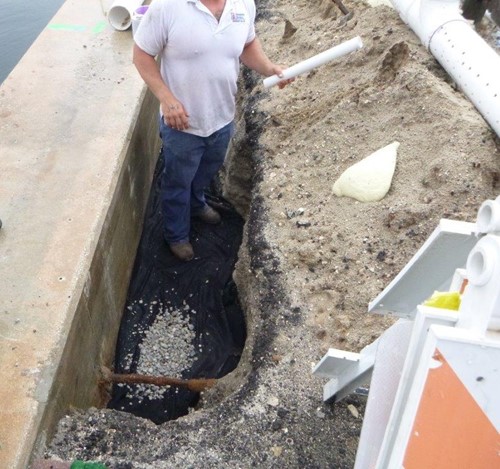 Photo used with permission. Not for reuse.

OUTCOME:  The grouting was successful and without complications.

“Everything went really well,” said the contractor. “The material worked well. It was a nice, straight forward job that was actually pretty easy, which is always great.”