A row of multi-million-dollar homes sits atop a boulder seawall on Padilla Bay in Anacortes, Washington. Time and tide had taken their toll, resulting in cracks in the wall and its concrete footer. Visible gaps appear in the wall directly below at least one balcony support post. 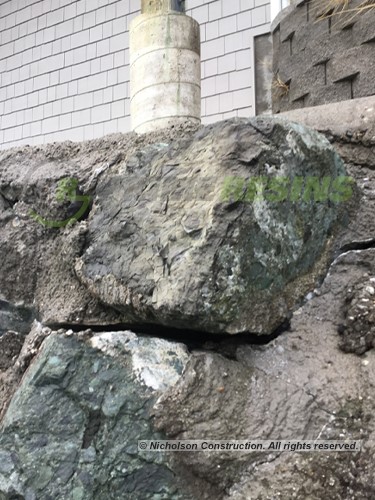 Research by one of the homeowners led him to Prime Resins. He called Prime Resins to discuss chemical grouting options to repair the failing seawall below his and his neighbors’ homes. His research led him to believe that chemical grouting was the best option to repair the stone seawall with significant cracks and voids. He believed the weight of cementitious fill would aggravate settlement issues and put too much pressure on the cracked wall. 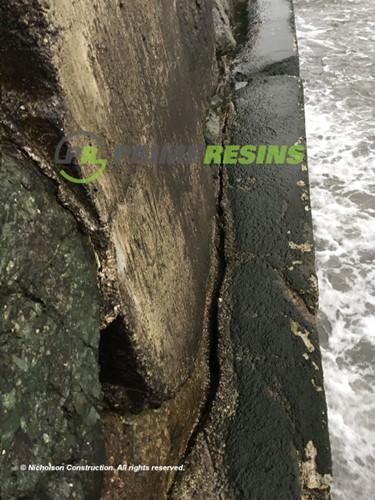 Prime Resins reps worked with him and his engineer to craft a solution: fill voids, seal cracks and stabilize soil with injection of Prime Flex 920, a hydrophobic structural polyurethane foam. Given the location on Padilla Bay, they opted for a product proven to meet NSF/ANSI Standard 61 for contact with potable water. Next, Nicholson Construction out of California, with experienced chemical grout technicians, signed on to the project.

Five homeowners, with houses directly atop the seawall, joined together in the project. Challenges included: 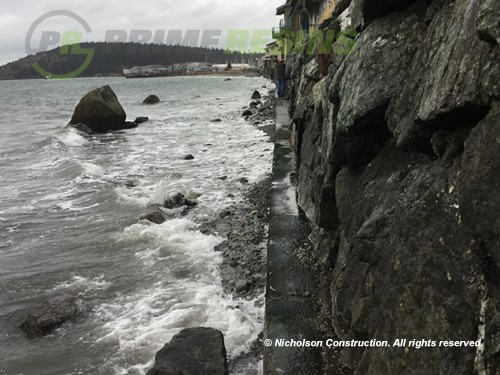 Work on the site revealed voids as deep as six feet. Three sources caused erosion: cracks in the wall face, surface rainfall, and roof drains from the homes that emptied behind the wall.

Nicholson fixed the roof drains to properly empty away from the seawall. The polyurethane sealed the cracks in the wall that allowed soil to wash away due to rain or tidal flow. To further increase the strength of the cured foam in the largest voids, the Nicholson crew filled spaces with a gravel and sand mixture then permeated that with the Prime Flex 920. The resin cures quickly to a rock hard, watertight mass. In addition, it does not require heating, an important consideration given the chilly environment and difficult site access. Over eight weeks, the Nicholson crew injected 500 feet of wall with 6300 gallons of Prime Flex 920.

The project was a success. The initial homeowner wrote: “I cannot think of any other way we could have repaired our seawall using conventional construction methods…[The] crew completed the work in a timely fashion even in light of the serious problems revealed only after work started. [The project superintendent] sorted out the root cause of several large voids behind the wall on our property, and in each case, he worked out a solution to the underlying problem instead of simply filling the voids.” 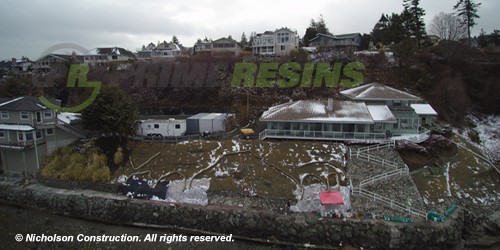