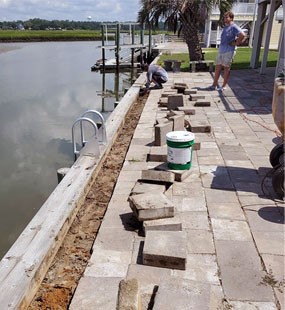 After severe storms along the North Carolina coastline, a homeowner noticed a small hole at the top of their seawall. The surge topped the seawall and the standing water in the back yard was escaping via holes near the bulkhead and washing everything out beneath the seawall’s footer.

The homeowner called on a marine construction company that suggested to use an excavation technique. Startled by both the cost and the amount of work needed, he then called on Precision Concrete Solutions after hearing a radio ad discussing soil stabilization services and sinkhole repairs. After learning that a pump rolled into the yard would be the only equipment needed, the choice was easy.

Before Precision Concrete Solutions could make it to the site, the homeowner tried putting rock in the void and the area caved in. There was a hole four feet wide and six and a half feet deep. The hole went to the bottom and daylight was even visible under the bulkhead at low tide.

The repair team used kiln dried sand to fill parts of the void and then filled with Precision Lift 4.0. The top surface was then filled with rock to match the nearby area. Approximately 23 gallons of Precision Lift was used on this one-day job. Finished within just a few hours, the homeowner then asked the contractor to lift and level several concrete pavers in the backyard.

The homeowner was more than pleased. No heavy machinery trampled the backyard, no excavation was necessary, and the job was complete in hours. Most importantly, the work was less expensive than the tear-out and replacement option. 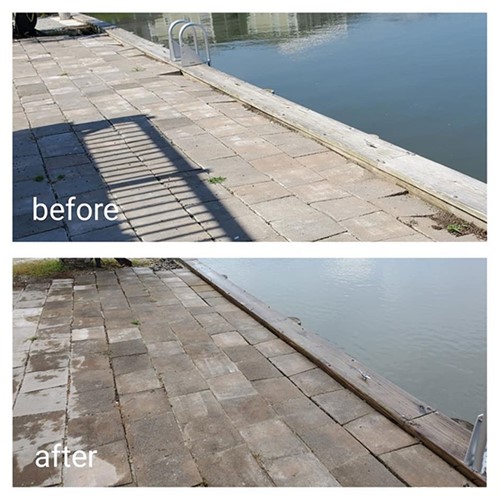 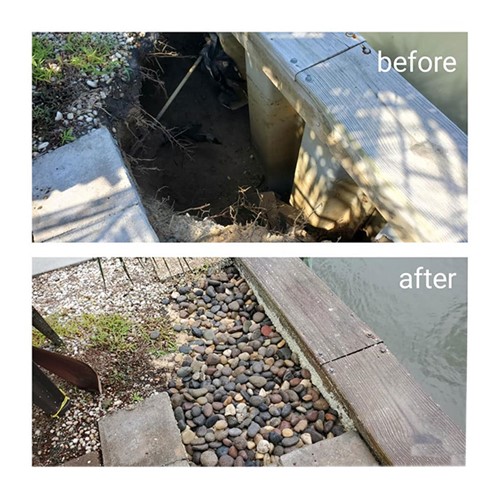