A grain production facility in Chattanooga receives wheat by barge, rail and truck. There are numerous tunnels under silos and around production areas. These tunnels began to have water infiltration issues related to ground water migration, as the buildings are roughly 200 yards away from the Tennessee River. Facility owners and USDA inspectors agreed that this issue needed to be resolved quickly and permanently.

A Midwest-based contractor was selected to perform the work and chose Prime Resins products. Roughly 300 gallons of Prime Flex 920 was injected in approximately 750 linear feet of tunnels, resulting in a completely dry area. Prime Flex 985 LX20 was also used to fill voids that were created under some portions of the tunnel. Prime Flex 985 LX20 was pumped using the Patriot Pump, also from Prime Resins. This pump was the perfect choice given the small working area available to the contractor. Pathways were 4’ wide, providing little room for bulky equipment.  With a footprint of 22” L, 16” W, 24 ”H, and weighing in at a mere 90 pounds, this powerful, efficient and versatile pump can be operated by a single person.

A return to the facility months later confirmed that the tunnels are still dry. The job was a complete success. The contractor has since lined up several other jobs using the same equipment in similar scenarios throughout the Southeast. 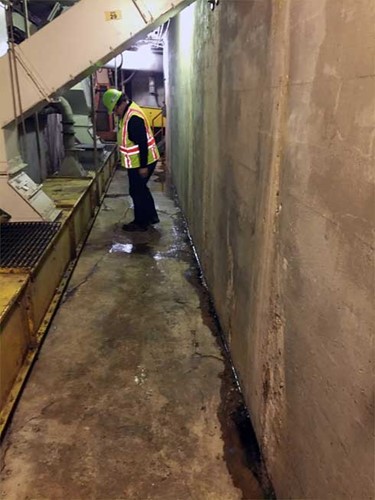 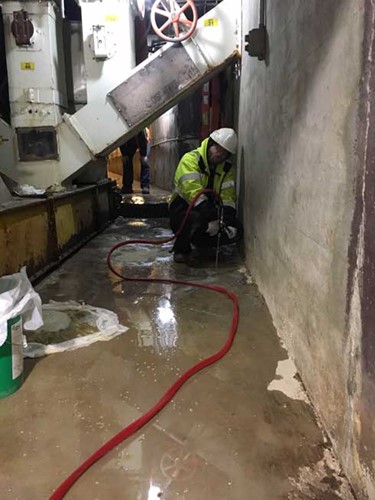 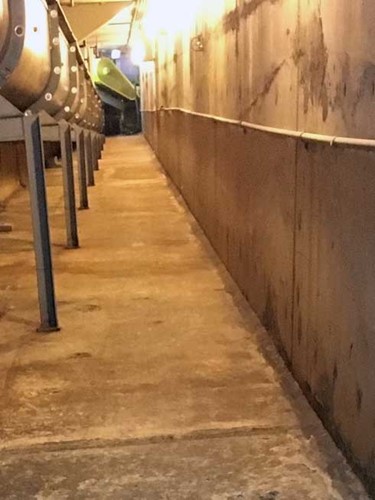 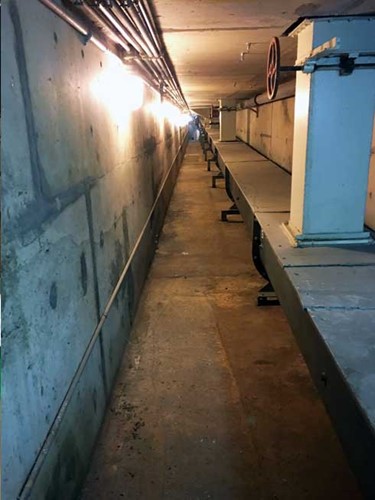