For over 30 years, one company has had total control over one market segment: acrylamide for the water and sewer rehabilitation market. Basically, a monopoly. 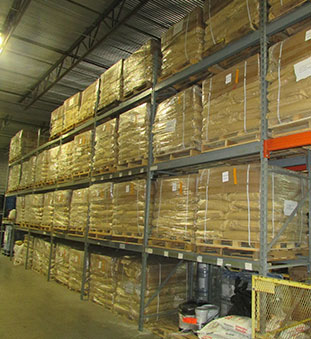 “I told you I would save you a ton of money.”

This was the message I left today for a client of mine…the City of Saint Charles.

For over 30 years, one company has had total control over one market segment: acrylamide for the water and sewer rehabilitation market. Basically, a monopoly.

Well, all that changed when Prime Resins decided that their customers and the industry deserved an alternative. Not only to save money, but also to bring new ideas, technology and expertise to the forefront.

In meeting with the City of Saint Charles, Missouri, to learn more about their needs, we were told that it was their understanding that the chemical used in their grouting trucks for sealing leaks was sole-sourced. I told them that was not the case and that we could save the city – the taxpayers – a good bit of money. They should put this material out for bid.

My favorite response was, “I don’t see it as saving money, I see it as being able to seal more leaks.” As many municipalities have limited budgets, any reduction in material cost is significant. In this case, it means taking the same dollars and stretching them further. The city moved forward and put this purchase out for bid. Finally an opportunity for competition, which is in the best interest of the owner. In this case, the taxpayer.

So, was Prime Resins the winner? No. The winner was the City of Saint Charles and its citizens, thanks to competition.

If you are a municipal purchasing agent or specifying engineer, I encourage you to look at your sole source contracts. Don’t rely on what you are being told by your supplier and see if there are alternatives. You might end up a big winner!